TED Talks at German Consulate: Bridging the Gap from Science to Entrepreneurship 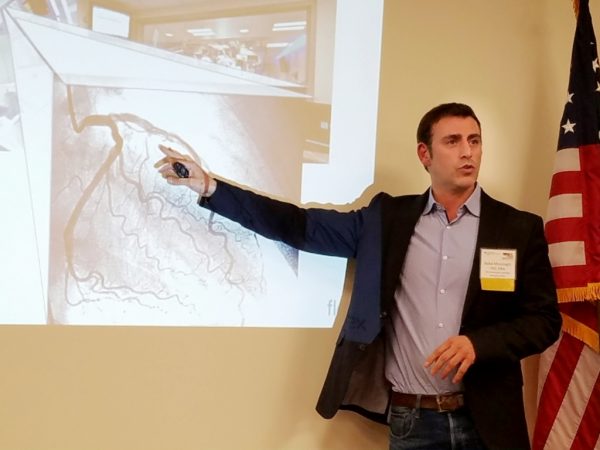 The GABC Young Professionals Group organized this TED talk event hosted at the German Consulate General in Copley Square where two young professionals and an established entrepreneur presented their work in 15 minutes segments followed by Q&A and feedback. Two are still at the early stages of the career. One has already crossed the bridge from science to entrepreneurship several times.  This was a unique opportunity for both our young professionals to present their science, and for  non-presenting members from our business community to hear about cutting edge research and offer feedback in a gathering limited to 35 people.

Babak’s Lesson #1 for would-be entrepreneurs: Answer these questions honestly before choosing the next direction.

1. Are you OK with working  on scientific projects for which you will most likely not see applications in the market in this life time?

2. Would you be satisfied if your scientific work resulted in a negative outcome eliminating the anticipated pathways to a goal?

3. Are you more passionate about the Goal or the “Path to the Goal?” 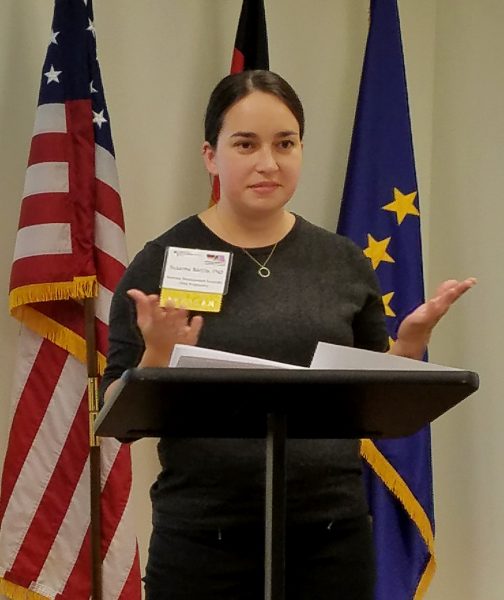 Genomic profiling has become a very common method of profiling people (in or outside a disease context), yet the use of this profiling is focused on certain patient groups with known changes in their genetic profile.  My idea is to extend this approach and to include protein profiling from a drop of blood –setting a baseline range of “normal” for the general population and understanding the differences/changes in various disease settings. This will help to understand the root of these diseases, to give us tools to target these diseases and to match patients with the correct treatment (“finding the needle in the haystack”).  It is a very “precision medicine” oriented project.

Bio: Susanna Bächle, PhD, is a German scientist with study/work experience from Australia (Flinders University), Germany (B.Sc from Georg-August-University, Göttingen) and Sweden (M.Sc and PhD in Medical Science from Karolinksa Institutet, Stockholm). Having relocated from Stockholm to Cambridge in October 2015, Susanna is also an active member of the Swedish-American Chamber of Commerce and the MIT European Club. Susanna works for Olink Proteomics where she provides market research analysis of the US and European biotech and pharma space, sales support, and assistance in both opportunity assessment and strategic decisions for US market entry. 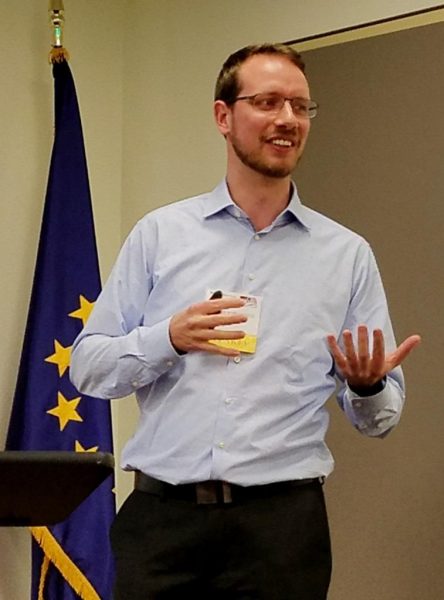 Talk Title:  “Insights Into a Distributed World”
We will learn how to interpret the world from a distributed computing perspective and discover limitations and possibilities in this world. This ranges from understanding how simple organisms work, to sending messages through the internet faster than ever before.

Bio: Stephan Holzer is a postdoctoral associate at MIT’s Computer Science and Artificial Intelligence Laboratory. Before joining MIT he received his Ph.D. at ETH Zurich’s Electrical Engineering Department. He spent a year as a visiting fellow in Harvard’s Computer Science Department as a Hamburg Scholar and obtained his M.S. and B.S. in Mathematics in Germany’s first excellence program in Mathematics (TopMath) at TU Munich, where he received the student award and was a fellow of the Studienstiftung des deutschen Volkes. In 2016 he was selected to be one of the 36 members of the Young Academy of the Academy of Sciences and Literature | Mainz, Germany and to represent MIT at the Global Young Scientist Summit in Singapore. His research focuses on distributed graph algorithms, on broadcast in wireless networks and on lower bounds for these scenarios. In 2017 Stephan will join McKinsey & Company. More info at www.stephanholzer.com 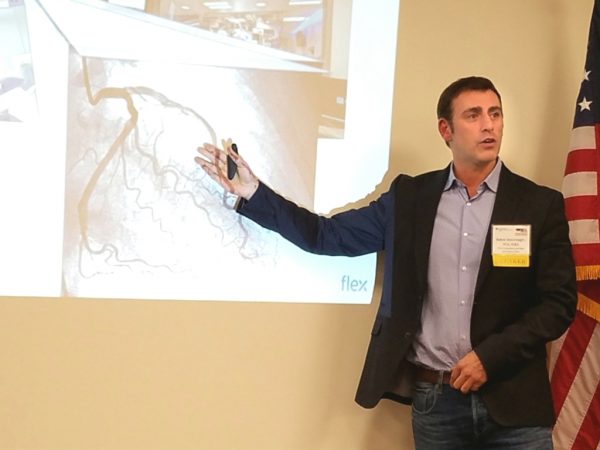 “Just because you have a developed an amazing technology for an unmet need does not mean it will be a good product market fit.”

Talk Title: Challenges, Pitfalls and Opportunities of Scientists Wanting to Explore the Entrepreneurship Route
Babak has over 14 years of industry experience in designing and commercializing technologies. In his current role at Flex, he is the VP of Innovation and new ventures, and the GM of Flex’s new Boston Innovation Center. Babak is a prolific entrepreneur, innovator, and engineer. His primary expertise is in medical device commercialization, spanning ideation through regulatory approval, marketing, and strategic sales. In his previous role at Philips Healthcare, Babak led a team of clinical scientists to establish Phillips as the market leader in cardiac care. He has won various awards, holds 43 patents, has authored/co-authored 3 books, has over 50 peer-reviewed publications and is a judge and mentor for the MassChallenge and MIT 100K competition. 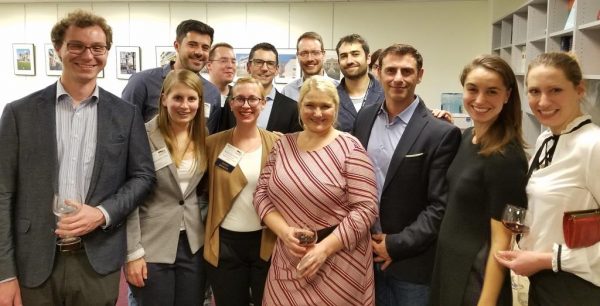 Some of the guests during the reception after the presentations.