Executive Team and Board 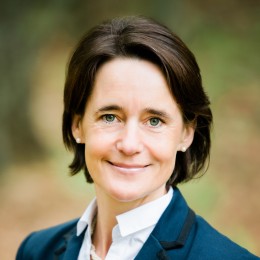 Emily Westhoven took on her duties as Executive Director of GABC in May 2018, bringing her extensive knowledge of both the German and American cultures to this position.

A native of Germany and a public relations professional by training, she has been living and working in the Boston area since 1996. After working at and for PR agencies in Boston for a number of years, she has been serving most recently as a representative for Baden-Württemberg International. She joined the school committee of the German Saturday School Boston in 2008, chairing the committee for four years until 2017. Currently, she serves as an advisor and non-voting member to the Board of Trustees of the German International School Boston.

Emily graduated with the equivalent of a M.S. in marketing communications (Gesellschafts- und Wirtschaftskommunikation) from the University of Arts, Berlin. Her move to Boston came via California where she completed an international Marketing Certificate Program at the University of Berkeley (Extension). She is fluent in both German and English and also speaks French, which she honed during a year of training and internships in Brussels. 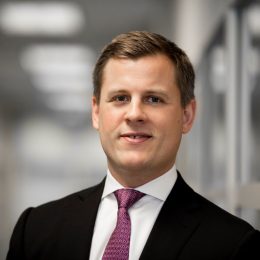 Jan Hartmann, M.D. is Chief Medical Officer at Haemonetics, a global leader in blood management solutions, where he has global responsibility for medical affairs, clinical development, academic partnerships, and medical safety. Previously, Dr. Hartmann spent nearly a decade at McKinsey & Company where he most recently served as Associate Partner in the Global Pharmaceuticals and Medical Device Practice. He received his M.D. from the Albert-Ludwigs-University of Freiburg in Germany. Additionally, Dr. Hartmann was a research scientist in the Department of Cell Biology at Yale University School of Medicine and a scholar of the German Academic Scholarship Foundation (“Studienstiftung”). 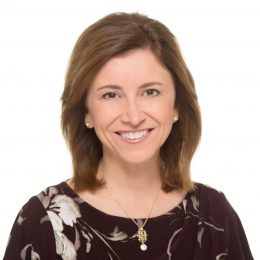 Leslie taught and studied in Nanjing, China and is a member of the National Committee on U.S.-China Relations. She serves on the boards of WorldBoston and Bunker Hill Community College and was the 2017-2018 president of Women in International Trade, the Washington, DC-based association representing over 700 trade professionals.

She holds an M.Sc. in International Relations from the London School of Economics and a B.A. in Economics from Wellesley College. 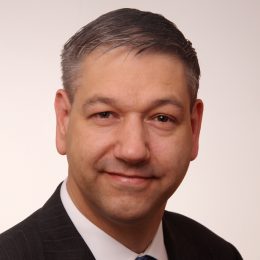 Michael Haueisen is Vice President Strategic Project Procurement for Siemens Smart Infrastructure Canada and Latin America. In this role Michael focuses on global sourcing and strategic supplier management in order to mitigate risk and maximize the process efficiency and productivity.

Prior to his current role Michael worked as global procurement head for SIEMENS Water Technology as well as Senior Director of Global Procurement North America for OSRAM SYLVANIA.

Siemens was founded by German Werner von Siemens in 1847. Today it is the largest Europe-based electronics and electrical engineering company. With 360,000 employees in 190 countries, Siemens reported worldwide revenue of approximately $120 billion in fiscal 2011. Siemens in the USA reported revenue of $20 billion and employs approximately 60,000 people throughout all 50 states and Puerto Rico.

Michael is a German native who came to Boston in 2003 due to job relocation with OSRAM SYLVANIA.

He received his Master in Chemical Engineering from the Technical University Munich, and also holds a Master of Economics from the University of Augsburg. 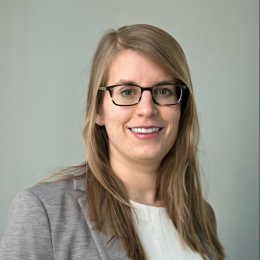 Anneke Kramm, PhD, is working as Strategic Partnership and Outreach Manager for the Cancer Cell Line Factory at The Broad Institute of MIT and Harvard. She serves as the key liaison in collaborations between scientists, clinicians, funders, and patients.
Anneke is a native German and earned her Ph.D. in Medical Sciences from the University of Oxford, UK.
She is a member of the GABC Board of Directors, founding member of GABC's Young Professionals group, and sits on the YP's Steering Committee. Drawing on her experience as both mentee and mentor in the past, she is the driving force behind GABC's new Mentoring Program. 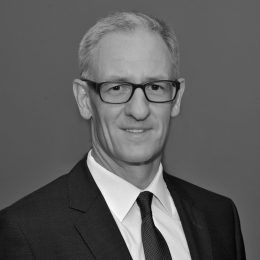 Angelo Moesslang is Managing Director of SphingoTec, a Venture Capital backed start-up company that develops and markets innovative in vitro diagnostic tests for novel and proprietary blood-based protein biomarkers, based in Berlin and San Diego.

Angelo began his professional career as executive assistant to the Chairman of the Management Board of the Fresenius Group. Subsequently he spend 20 years with Fresenius Medical Care, the global leader in dialysis care, in investor relations, business development and senior finance functions in Europe, Asia-Pacific and the United States, most recently as Chief Financial Officer of Fresenius Medical Care North America, Boston. Following his tenure at Fresenius he served as Chief Executive Officer of InGeneron, a clinical stage medical device company in Houston and as Chief Financial Officer of Meggle, a global leader in lactose based excipients for the pharmaceutical industry.

Angelo graduated in economics from the Ludwigs-Maximilians University Munich and completed his doctorate at the University of Stuttgart Hohenheim. He and his wife live in Boston and Munich.

Alex is a Principal at intellectual property law firm Hamilton Brook Smith Reynolds where he advises major universities, small and medium businesses, and start-ups on U.S. and international patent strategy.

As a Ph.D. scientist, Alex worked at Boston University’s NeuroMuscular Research Center as a research assistant professor and co-supervisor in the Motor Unit Laboratory. He developed technical expertise in biosignal detection and analysis, sensor design, biomechanics, and digital signal processing. His doctoral work in biomedical engineering explored the neural regulation of human muscle activity through in-vivo recordings and mathematical modeling.

Alex grew up in Germany and moved to Boston to attend university on an athletic scholarship. 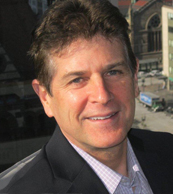 Charlie Cameron is a seasoned business professional at Cooley LLP with two decades of helping technology companies in all industries on their growth and financing strategies. He serves as a Senior Vice President of Business Development and is resident in Cooley’s Boston office. Charlie’s background includes over 20 years of management consulting, strategy, and marketing experience. This includes extensive consulting, board work, mentoring and coaching with early-stage, venture-backed, and Fortune 500 firms. Having worked in over 20 countries, including being based in Geneva, Switzerland and spending significant time in Russia and Asia, he brings a global perspective to business, marketing and entrepreneurship. He has been an executive Panelist, IMD, Switzerland, for the World Competitiveness Yearbook, from 2003 to the present. He has built an extensive network of entrepreneurs, VCs, angel groups, bankers, lawyers and accountants. Charlie is also the Founder & Managing Director of Hub Angels Investment Group. 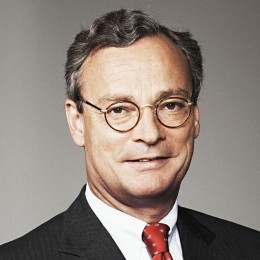 Bodo Liesenfeld is the Managing Partner of Liesenfeld International GmbH, a private investment enterprise. For nearly 30 years he was the CEO and Chairman of the German-based Rohde & Liesenfeld, an international air and sea freight forwarding group with a global presence. He is the Honorary Representative of the City of Hamburg to the Northeast of the U.S. and he has been serving as Chairman of the German Latin America Business Association since 2006. He came to Boston as a Fellow at Harvard’s Weatherhead Center for International Affairs (2009-2010) and since then has made Boston his primary home while still maintaining a presence in his hometown of Hamburg. He is the Chairman of the Advisory Board of the Berklee Global Jazz Institute; a Member of the International Advisory Board of the Business School IAE in Buenos Aires; a Founding and Presidium Member of the Council of the German American Conference at Harvard e.V., and a Member of the Curatorship of the Protestant Entrepreneur Association in Germany. 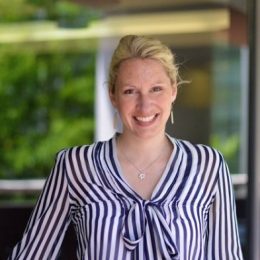 Cornelia Kroeger has more than 12 years of experience in biomedical research and strategic startup consulting. In her new role at Halloran Consulting as a Senior Consultant for Strategy & Program Leadership she leverages her passion for translational research and problem solving associated with the commercialization of new technologies and drug targets.

Prior to joining Halloran, Cornelia was the Program Director for the strategic startup consultancy ACI, which focuses on the translation and scalability of European life science business models to the US market. Within this context she evaluated a diverse set of emerging companies across different life science industries. In collaboration with leading experts she coached companies on their organizational structures, building U.S. regulatory and market access strategies and how to design U.S. operational strategies.

Cornelia was a postdoctoral fellow at the Whitehead Institute at MIT in the laboratory of Prof. Robert Weinberg, focused on tumor heterogeneity and cancer stem cells. She received her doctoral degree from Bonn University in developmental cell biology after obtaining her Biology Diploma at Heidelberg University.

Susanna is a German scientist with study and work experience from Australia (Flinders University), Germany (B.Sc from Georg-August-University, Göttingen) and Sweden (M.Sc and PhD in Medical Science from Karolinska Institutet, Stockholm). In July 2020, she joined Sanofi Pasteur as Medical Science Liaison for Vaccines. Previously, she was Scientific Outreach Manager for the nonprofit biotech Addgene and served as Business Development Associate for Olink Proteomics.

Since moving to the US in 2015 she has been active in the European Community in Boston. She became co-chair of the GABC Young Professionals in February 2020 and has been a member of the YP steering committee since 2018. She is also a member and the secretary of the board of the Swedish-American Chamber of Commerce. Previously, she was vice president of the MIT European Club (a student activity club) and co-organized the 2018 MIT European Career Fair.

In her free time, she enjoys the outdoor opportunities in New England such as biking, climbing and hiking. 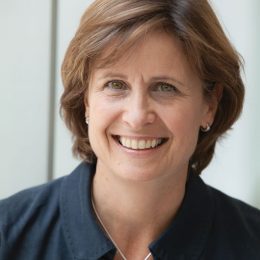 Marie Schwartz is the Founder & CEO of TeenLife.com, a platform that promotes experiences that launch teens into life. These include summer and gap year programs in the US and abroad. Prior to founding TeenLife, Marie worked for McKinsey, American Express, Scudder Stevens & Clark, and Nelson Information. Her background in marketing and business development in the travel industry, together with her experience as a parent of teenage boys, inspired her to launch TeenLife. She is passionate about expanding horizons through travel and cultural exchange.

Marie is a US Citizen, born of German parents, and grew up in France. She speaks French and German fluently. She received a BSE from Princeton University and an MBA from Harvard University. In addition to serving as a member of the GABC Board of Directors, she is on the board of Summer Search and is a Trustee Emeriti of the Boston Ballet. 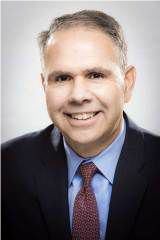 John B. Tesoro is President and CEO of TÜV SÜD America, Inc., a leading global service provider for testing, inspection, certification and training that adds tangible value to customers and partners by enabling market access and managing risks. In this role, Mr. Tesoro provides senior leadership of the strategic planning and deployment process, product innovation, organic growth initiatives and lean operational execution. He also oversees the M&A process and portfolio evolution, as well as organizational transformation and leadership team development. Mr. Tesoro is a member of the Global TÜV SÜD AG Leadership Council.

Prior to his current role with TÜV SÜD America, Inc., Mr. Tesoro held several technology senior leadership positions, most recently with an operating company in the Fortive Corporation, a recent Danaher Corporation spin-off. This was preceded by an accomplished tenure in technology investment banking, during which he provided strategic advisory services to leading global companies. He started his career with test and measurement company, GenRad (now part of Teradyne) in technical marketing and sales. A graduate of Rensselaer Polytechnic Institute, Mr. Tesoro holds a BS in Electrical Engineering and an MBA, Finance from the University of Rochester - William E. Simon School of Business.
He resides in the greater Boston area with his family and is based out of TÜV SÜD America’s headquarters in Peabody, MA.