Kamingespräch with Dr. Alexander Görlach: Does a German Leitkultur even exist in today’s global world? 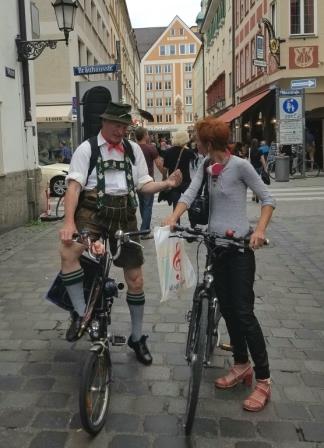 Why is it so hard for us Germans to define our culture?

The Leitkultur debate, sparked by politician Friedrich Merz in 2000 with his suggestions that immigrants to Germany should adapt themselves to the German culture, and hotly debated for years, was just starting to finally die down on the political stage—only to flare up again, ignited by the surge of immigrants to Germany in the last two years.

GABC Members gathered for an intimate and frank Kamingespräch with Dr. Alexander Görlach – author, academic, journalist and entrepreneur—whose research focuses on the intersection of religious identities and their influence on policy-making.  His work has examined the political and societal consequences when Western and Muslim cultures meet.  The discussion was hosted in the über gracious home of GABC Vice President, Bodo Liesenfeld, in Weston, MA with the expectation that guests would go home enriched — with deep thoughts and new insights after an evening of good food and wine, and stimulating conversation. 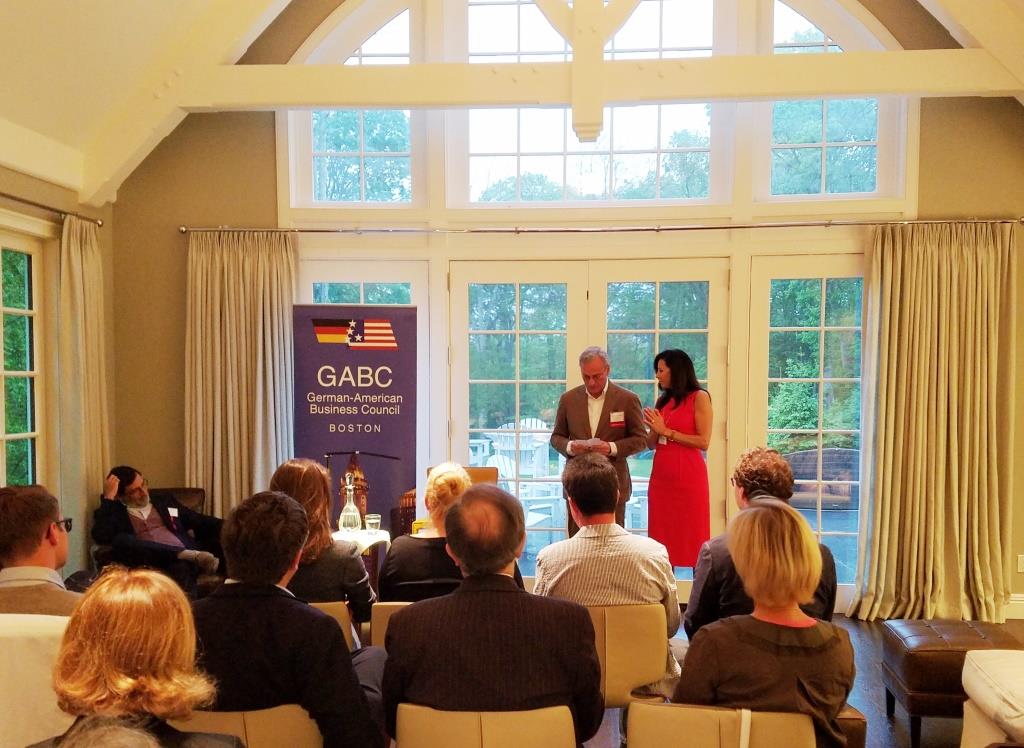 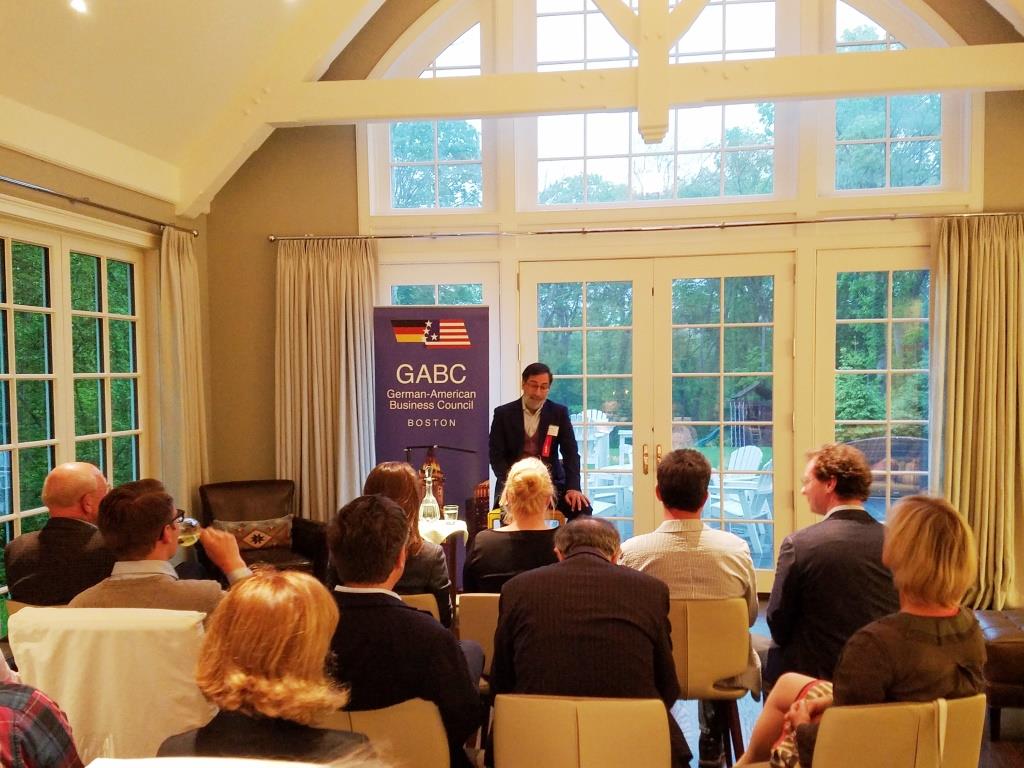 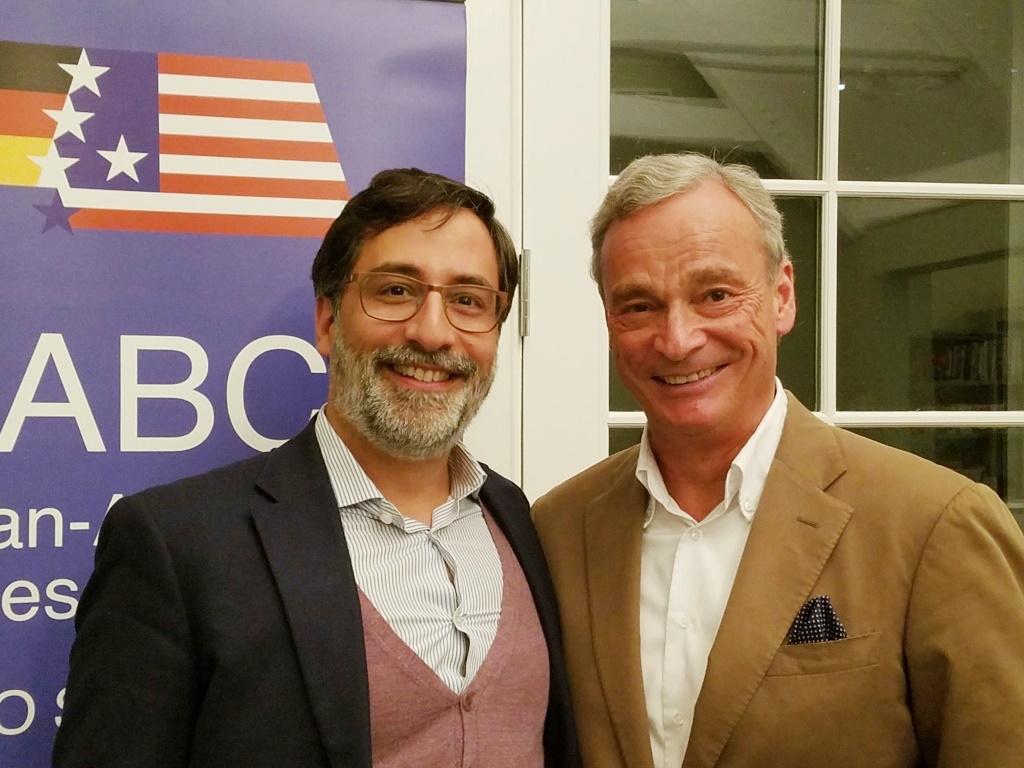 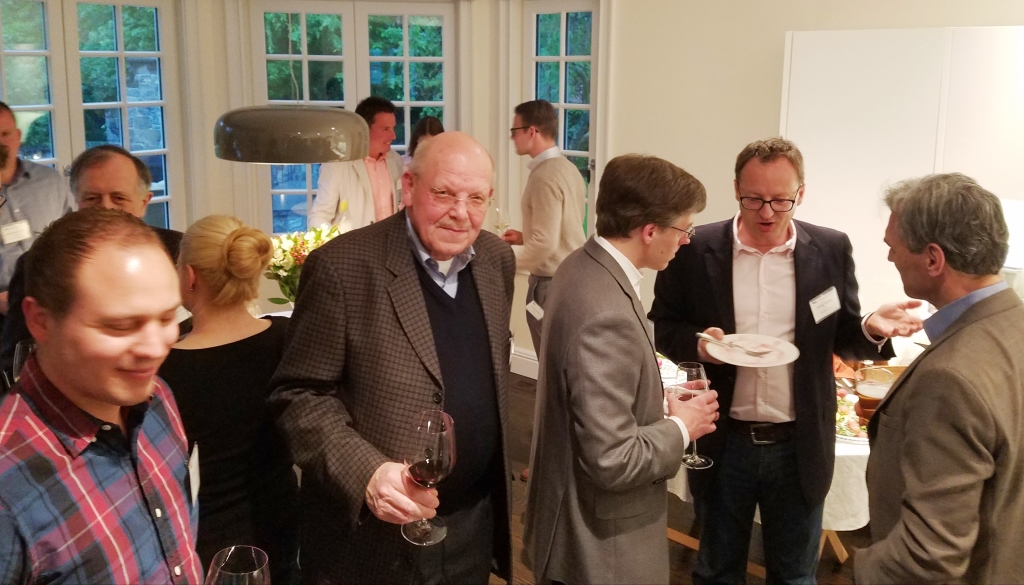 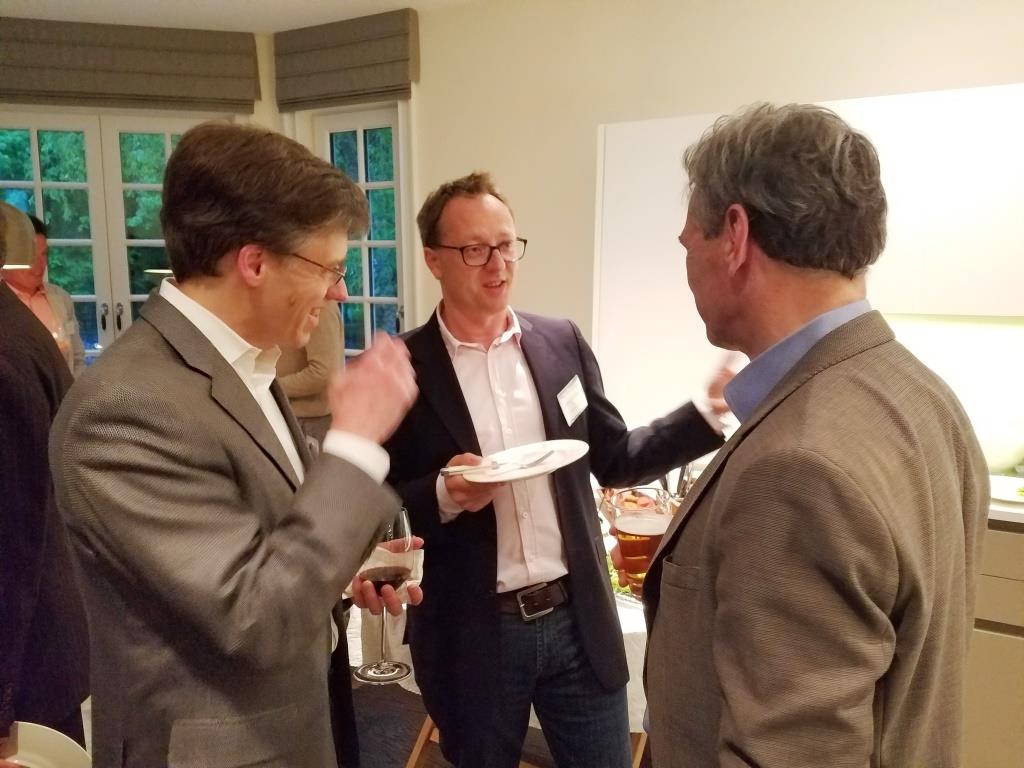 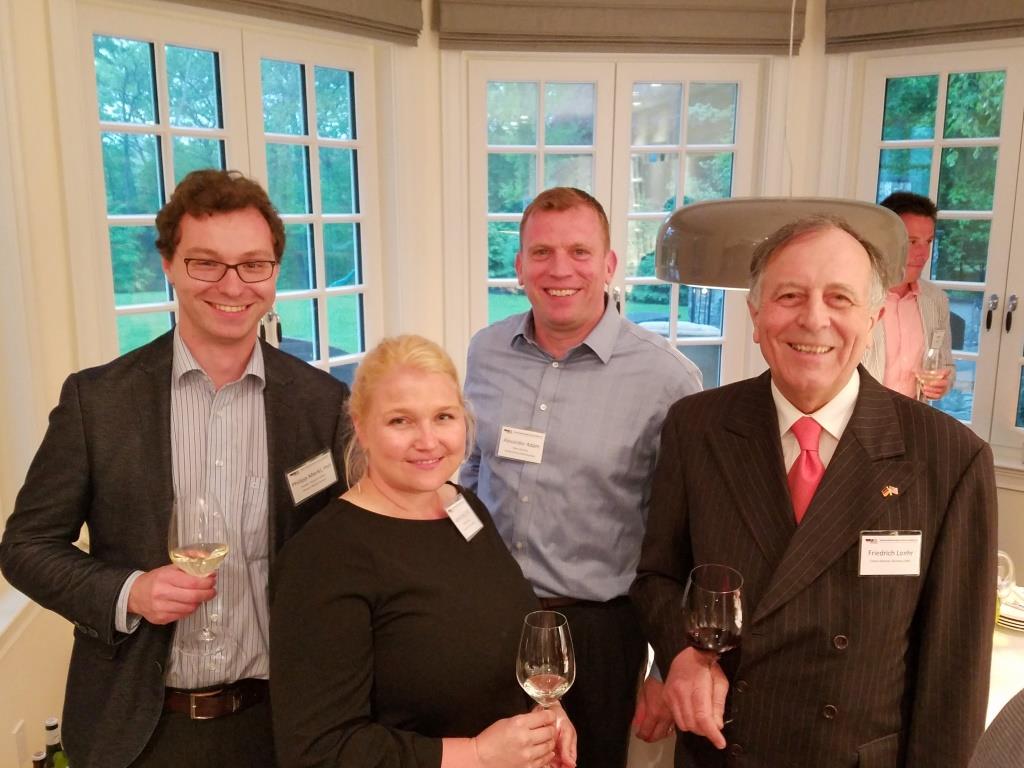 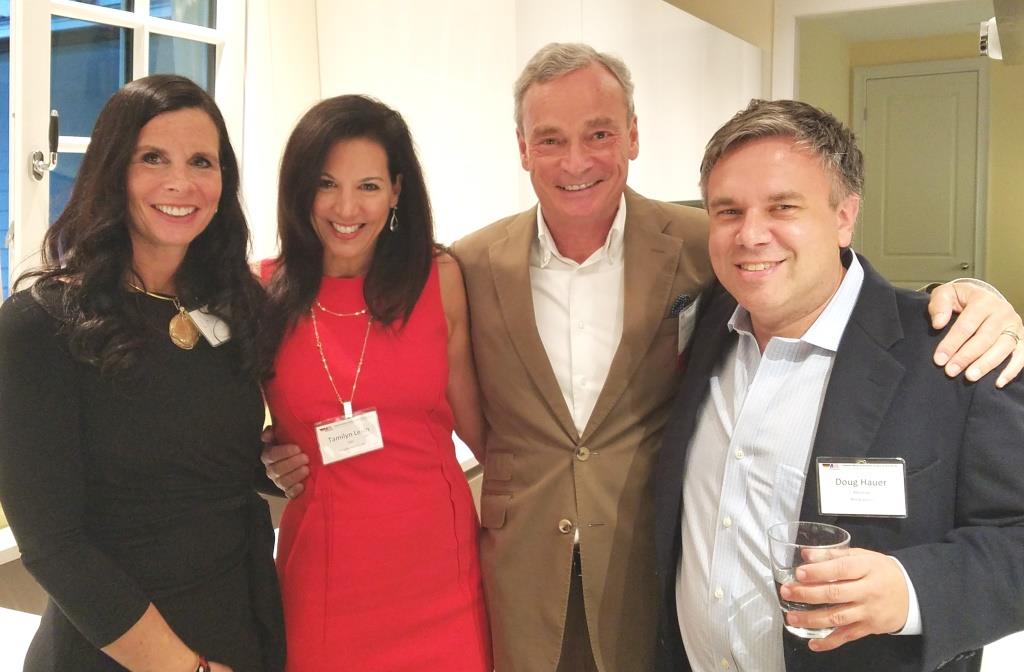 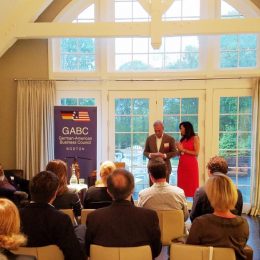 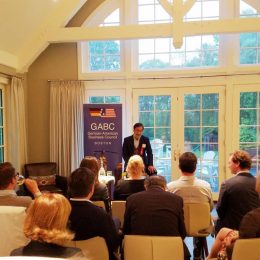 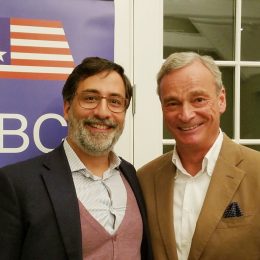 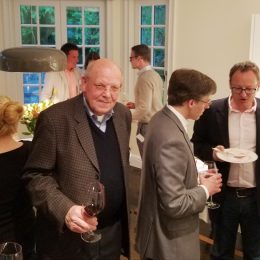 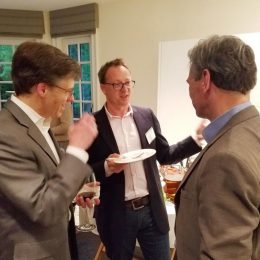 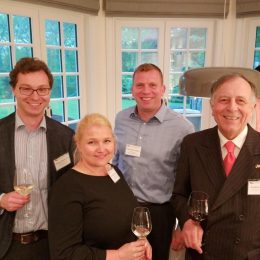 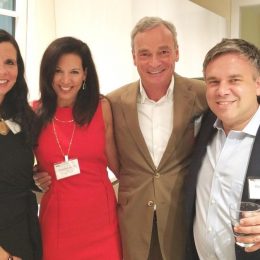 This is an exclusive event open to GABC members and their guests only.
Pre-registration is a must in order to get on the guest list. 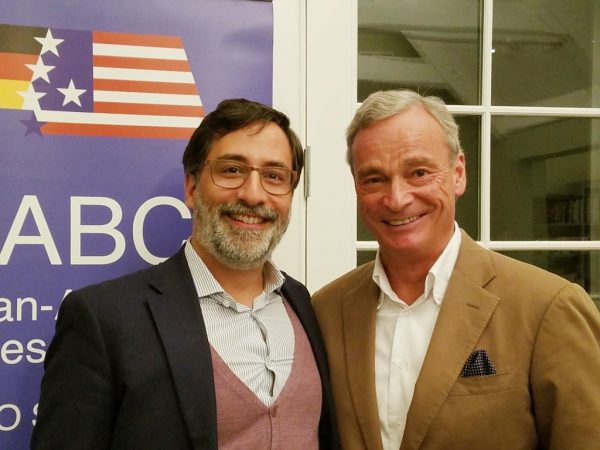 Dr. Alexander Görlach (pictured with event host Bodo Liesenfeld on right)
Visiting Scholar, Harvard Center for European Studies (2016-2017)
Visiting Scholar, Harvard Divinity School (2015-2016
John F. Kennedy Memorial Fellow Harvard Center for European Studies (2014)
Dr. Görlach is the founder and publisher of the online magazine www.saveliberaldemocracy.com and is an op-ed contributor to both The New York Times and the The World Post.  In Germany, he is a columnist for the German business magazine Wirtschaftswoche (see most recent article here) and essayist for Zeit Online. He is also Senior Advisor to the Berggruen Institute, a think-tank based in Los Angeles. Contact Dr. Görlach at: alexander_goerlach@harvard.edu / Twitter: agoerlach
Photo of bicyclists: Marian LeMay / GABC