Who Will Be the Next Chancellor of Germany 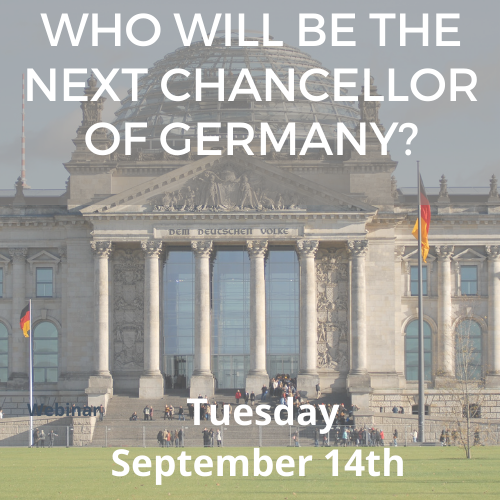 Germans will vote on Sunday, September 26 to elect a new Bundestag, or federal parliament. The result – after coalition negotiations likely to involve two or three parties – will decide who will succeed Angela Merkel, who is leaving after 16 years as chancellor. The leading contenders are Olaf Scholz for the SPD – Social Democrats, Annalena Baerbock for Die Grünen – Greens and Armin Laschet for the CDU/CSU – Christian Democrats.

Please join us for an election preview with Juliane Schäuble, the US Correspondent for Berlin’s newspaper “Der Tagesspiegel” and Sabine von Mering, Director of the Center for German and European Studies, Brandeis University.

For an in-person event please note the COVID-19 policy at the Goethe-Institut Boston:
For the safety and comfort of all who attend our events, we require proof of vaccination or a negative COVID-19 test (PCR test within 72 hours or antigen test within 24 hours). Proof of vaccination may include a vaccination card, or a legible image of the card on a phone paired with a photo ID. The relevant documents must be presented for admission in person when guests arrive. Masks are required inside.

Spaces are limited and RSVPs are required. 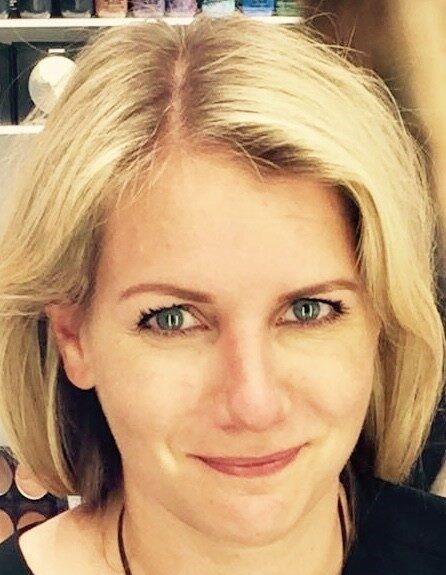 Juliane Schäuble is the US Correspondent for Berlin’s newspaper “Der Tagesspiegel”. Before she moved to DC in 2018, she was heading the political Department of the paper and was responsible for the first page. Juliane earned her Master’s in Political Science at the University in Potsdam, Germany. Her studies included one semester at the American University in Washington, DC. 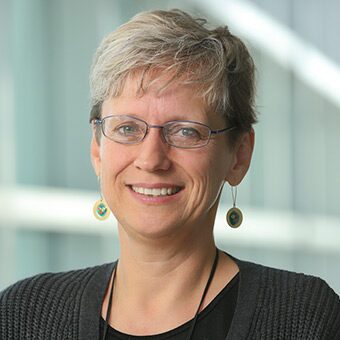 Sabine von Mering teaches German Language and Culture and is also a member of the core faculty in Women’s, Gender, and Sexuality Studies, and a member of the affiliated faculty in the Environmental Studies Program. She is currently working on the role of climate change as a challenge for the humanities. Her most recent scholarly work focused on right-wing extremism in Europe and the United States. As Director of the Center for German and European Studies she organizes lectures, conferences, and cultural events in the interest of promoting transatlantic dialogue.

This event is organized by the Goethe Institut in partnership with the German Consulate Boston and the GABC.

About the Goethe-Institut Boston

The Goethe-Institut Boston was the first Goethe-Institut in the United States and founded in 1967. It is located in the historic Back Bay/Beacon Hill area and provides services for the six New England states of Massachusetts, Rhode Island, Connecticut, Vermont, New Hampshire and Maine. The Goethe-Institut Boston is the contact point for anyone interested in German culture and for those who want to study or teach German. The language department offers a full range of language courses and official exams. The Goethe-Institut’s language-learning system is worldwide and modeled after the Common European Framework of Reference (CEFR) for language acquisition. For over 40 years, the Goethe-Institut Boston has been promoting an ongoing dialogue and exchange between American and German artists and experts in order to present German culture abroad and help shape a current understanding of Germany today. The program department organizes a broad range of events and supports projects in the fields of film and new media, arts, theatre and dance, music, literature, architecture and more.