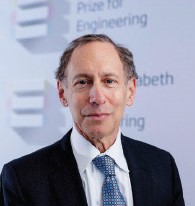 On March 2, 2016, Robert Langer — Professor at MIT , biotechnologist, engineer, scientist, inventor, and entrepreneur– addressed over 100 guests gathered at the British Consulate General at One Broadway in Cambridge, MA (the same building that houses the famous MIT Cambridge Innovation Center) to discuss how he has achieved immense success over the last 40 years, commercializing his academic breakthroughs in life science.

Prof Langer’s work has published 1300 scientific articles—been cited 170,000 times, making him the most cited engineer in history—and he has more than 1,060 patents granted or pending for his inventions. Dr Langer was the first person to engineer polymers to control the delivery of large molecular weight drugs for the treatment of diseases such as cancer and mental illness. Over 2 billion lives have been improved worldwide by the technologies created by Dr Langer’s lab, the largest biomedical engineering lab in the world. Dr. Langer’s patents have been licensed or sublicensed to over 250 pharmaceutical, chemical, biotechnology and medical device companies. He is the founder of 24 companies.  In fact, in his introduction of Dr. Langer at the event, Dr. Alireza Haghighi suggested “If you are a doctor treating patients, you have already made use of some technology that emanated from Bob Langer”.

Worldwide, the US leads the way in universities owning academic patents, with Japan, UK and Korea following next, but far behind.  However, it wasn’t always that way.  In his presentation here, Dr. Langer points out that commercializing life sciences was, until a few years ago, “taboo”.  The first major investment came in 1974 when Monsanto invested $23 million with Harvard.   What does Dr. Langer feel contributes to his success in commercializing life sciences?  He lists five themes: 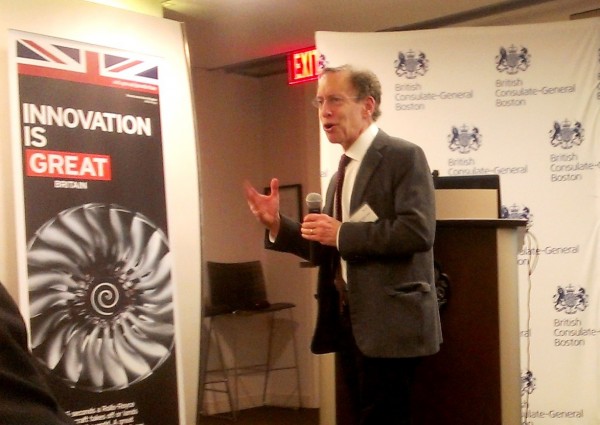 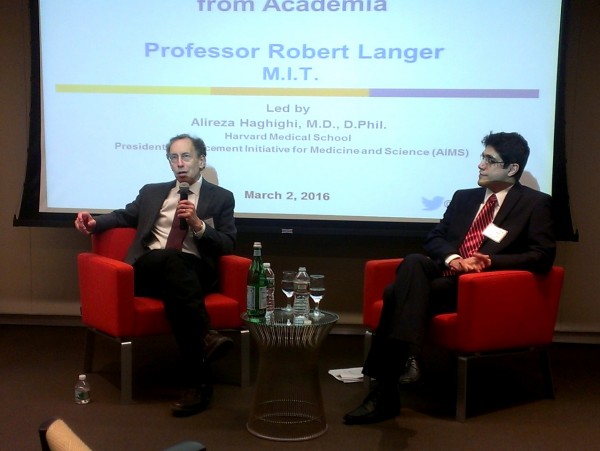 Dr. Langer was asked during the Q&A “What will be the most exciting advances in the next years?”. Dr. Langer breaks the answer down into two parts. First, he says we have to ask ourselves “What’s an advance?” and suggested “any real advance in medicine will take 20 years—if you’re lucky”. Second, he further clarifies the time frame intended in the question, and suggested “The next five years? It will be something that none of us have even thought of yet”.      Photo: GABC 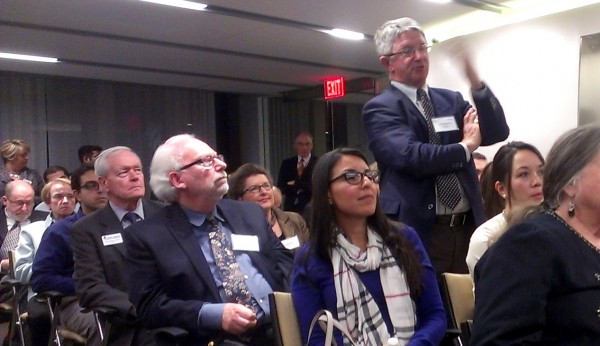 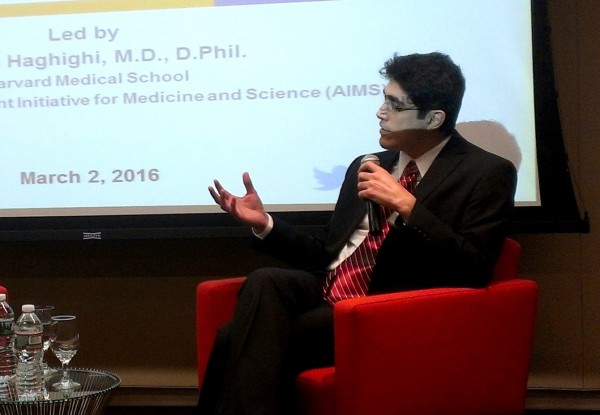 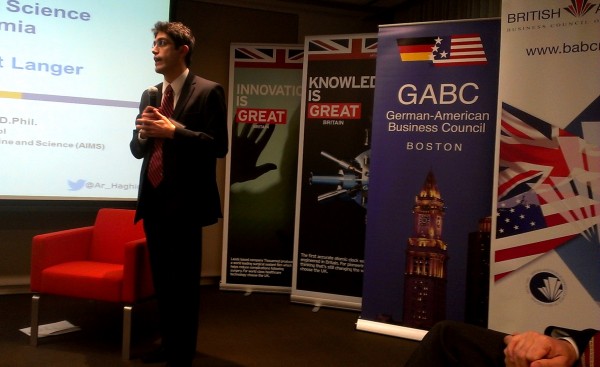 This event was organized by the British Consulate Boston, BABCNE, and UK Trade & Invest with support from GABC and SACC-NE.    Photo: GABC 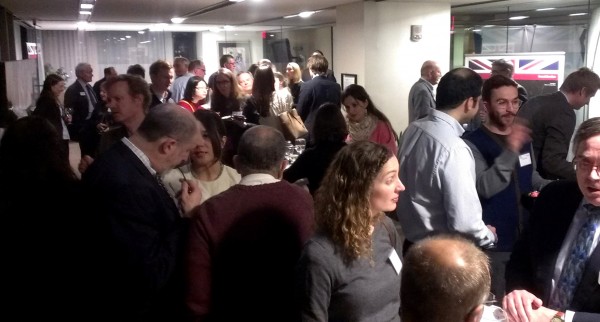 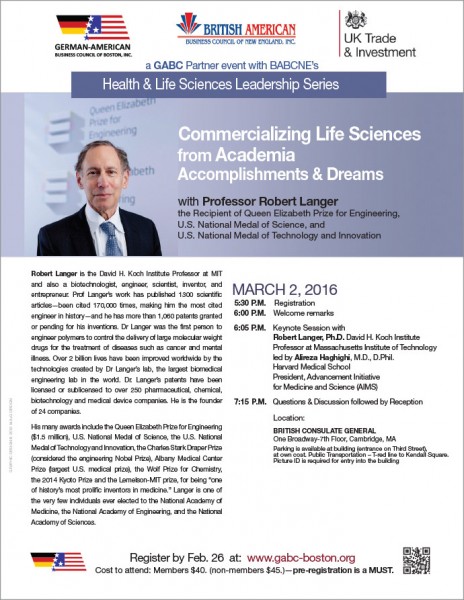